RiverRun continues its Sunday morning series, bringing citizens together to learn about important issues on the state and local level.

All are invited this Sunday, As always, there will be a focus on how citizens can take action.  This time, our topic will be town vs. state regulations, and how it affects decisions, especially in regard to education.

Our guests will be:
Long time City Councilor Chris Dwyer. When does the state overrule decisions made at the city level. Why? How does this effect you?

And New Castle resident Bill Duncan, who sits on the NH Board of Education.

What is the job of the Board of Education?

1)Reviewing all programs and activities of the Department of Education and making recommendations to the Commissioner regarding these.

2)Advising the Commissioner regarding Department goals, information gathering, and any other aspect of elementary and secondary education within the state.

4)Appointing members of the professional standards board and other advisory bodies as provided by law.

As we have a new (and controversial) Commissioner of Education, there has been a lot of questions about the direction of education.

As always, there will be lots of time for questions.

Please RSVP to riverrunbookstore@gmail.com
This event is free and open to the public.
There will be coffee. 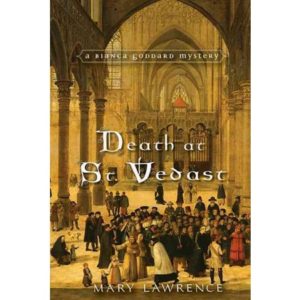 Bianca and John are delighted to share in the glad fortune of their friend, Boisvert, the silversmith, who is to wed Odile, the wealthy widow of a goldsmith. But a pall is cast over the upcoming nuptials when the body of a pregnant woman is found beneath the bell tower of St. Vedast, the very church where the betrothed are to be married.

Tragedy strikes again at the couple’s reception, when Odile suddenly drops dead in the middle of her wedding feast. The constable suspects Boisvert poisoned his new bride for her money, but there’s not a trace of poison in her food or wine. Could the two deaths be connected?

To prove Boisvert’s innocence, Bianca will need to employ her knowledge of alchemy–for if she can determine how the bride was killed, she may find the person responsible for her murder–before another victim is added to the death toll.

Death at St. Vedast is book three in the Bianca Goodard Series, set in Tudor England. The mysteries take place in London during the 1540s in the final years of Henry VIII’s reign. His legacy as king can be characterized as extraordinary not only in the religious changes that shaped future England, but also in the political intrigues that defined his tenure. 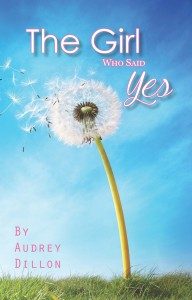 o you know what the book category “New Adult” means? It’s a fairly recent designation for fiction aimed at 17-25 year olds. More adult than “Young Adult,” but focused on themes of interest to the younger generation.

The Girl Who Said Yes is just such a book, and it’s published by our own publishing company, Piscataqua Press. In this novel, Tess Ryan is once again in love, but this time is different. It’s senior year of college and, well, she’s running out of time. Smart and confident yet hopelessly romantic, Tess believes she has found her soul mate. The very strict no dating professors or their hot TAs policy is only a slight problem compared to the fact that no one else in her life seems to support her endeavors to make him love her. Do they know something she doesn’t? Determined to prove that happily ever does still exist, Tess battles the pull to follow the rules against her mission to make her fairytale fantasy come true.

RiverRun continues its Sunday morning series, bringing citizens together to learn about important issues on the state and local level.

All are invited this Sunday, As always, there will be a focus on how citizens can take action.  This time, our topic will be affordable housing.

What is keeping us from providing reasonably priced workforce housing?

What can we do about it?

Why is it important?

As always, there will be lots of time for questions.

Please RSVP to riverrunbookstore@gmail.com
This event is free and open to the public.
There will be coffee.

Our series continues! This week, we discuss Arts on the seacoast and in the state. The newly proposed federal budget would demolish the National Endowment for the Arts. What would that mean for Portsmouth, where arts and culture have been proven to be a major driver of our economy.

Our Guests will include City Councilor and Art-Speak Director Nancy Pearson and Ginnie Lupi, Director ofthe New Hampshire State Council on the Arts

It’s a free for all this month, where the featured reader is you- yes I mean you reading this! Bring your best poem and join other local poets for a great time.

“Simultaneously heartbreaking and heartwarming, this hard-to-put-down, engrossing debut will have readers wondering until the very end. It examines life and death, despair and faith, parenthood and marriage, the choices we make, and, most of all, love.”

I LIKED MY LIFE unfurls the story of the Starlings, a seemingly happy family whose matriarch, Madeline, dies tragically in what is deemed a suicide. Madeline was a model wife and mother who chose to stay at home after many successful years in the corporate world; she was the glue that held her family together. Through alternating points of view, Fabiaschi reveals her characters: Madeline, postmortem, as she attempts to make things right for her family; Brady, as he struggles to balance his high-powered career with the demands of single fatherhood; and Eve, as grief thrusts her into adulthood and she grapples to find her identity without her mother by her side. The result is a “vivid, gripping”** and achingly beautiful portrait of a father and daughter trying to redefine their understanding of family and a striking depiction of the transcendent power of unconditional love.

In explaining her inspiration for the story, Fabiaschi writes, “I was inspired by a sentiment from Adrienne Rich’s poetry: If we could learn to learn from pain even as it grasps us. I love the idea that slivers of beauty exist in life’s most agonizing moments, if only you know where to look. Madeline, Eve, and Brady learn exactly that, each on their own timeline and in their own way.” 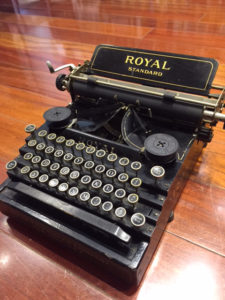 One dozen ‘alumni’ of RiverRun’s new Writing Academy will be reading selections of their work on back to back Fridays this month: March 24th and 31st. The Readings begin at 7:00 PM at the bookstore in downtown Portsmouth. This is a free event and open to the public. Bring all your friends! The readings will include selections from memoirs, creative non-fiction, personal essays and short stories. Please join us in celebrating local talent!