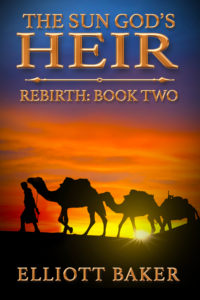 The Count of Monte Cristo meets ancient Egypt in this riveting sequel to The Sun God’s Heir: Return. Set during the wave tossed years of white slavery and Barbary pirates, this is the epic story of René Gilbert, a journey that defies time as he must draw on a larger awareness earned in previous lifetimes.

The plague’s dark fingers curl around Bordeaux. René must return home to save those he loves. But first he has to escape a Moroccan sultan’s clutches. In Bordeaux, an enemy waits, filled with a hatred three thousand years old. Only René can defeat this dark power, and only if he reclaims his own ancient past. In this arena, death is but the least of failure’s penalties. 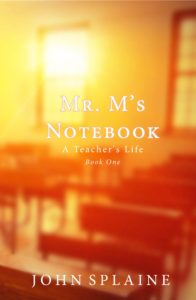 In this novel, you are introduced to Mark Blenchard who teaches in Bailey T. S. Memorial High School. Bailey High is located in the fictional, Gorham, Massachusetts. This is Mr. M’s story about the teachers he has worked with and the students he has taught. Blenchard’s -notebook- enlightens educators and the general public about education issues that are still relevant today. If you are a teacher, a prospective teacher, a parent, a school administrator, or any member of the public, then Mark Blenchard’s story informs readers about the kinds of things that happen every day in schools and society. Mr. M’s Notebook inspires us to think about what could be changed. 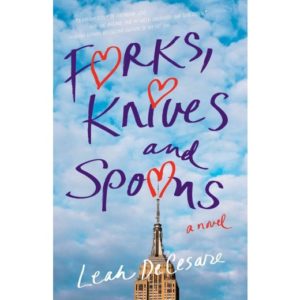 There are three kinds of guys: forks, knives, and spoons. That is the final lesson that Amy York’s father sends her off to college with, never suspecting just how far his daughter will take it. Clinging to the Utensil Classification System as her guide, Amy tries to convince her skeptical roommate, Veronica Warren, of its usefulness as they navigate the heartbreaks and soul mates of college and beyond. Beginning in 1988, their freshman year at Syracuse University, Amy and Veronica meet an assortment of guys—from slotted spoons and shrimp forks to butter knives and sporks—all while trying to learn if the UCS holds true. On the quest to find their perfect steak knives, they learn to believe in themselves—and not to settle in love or life.

DeCesare runs the popular Mother’s Circle website. You can find out more about her, and it, here.

A reading and release party will be held at RiverRun Bookstore (142 Fleet Street) in downtown Portsmouth on Tuesday, May 16, at 6:30 p.m. to celebrate the launch of Jody Hetherington’s new book of prose poems, On the Edge of No Answer, which has just been released by Bauhan Publishing. As one poet notes about her work, “She’s like an Indiana Jones of the mind, skillfully excavating treasures, unearthing insight from the likes of ink, mermaids, snow, railroad tracks, missed phone calls, magicians’ hats—any number of objects, emotions, and materials, and within language itself.” Comments another: “Reading a Hetherington poem is like examining a fine diamond—each word, each facet, a tiny, shimmering surprise.”

A writer and editor who has lived in Kittery since 2001, Jody Hetherington (Joal) has been involved in the Seacoast literary community in many ways, including as the cofounder of the Pen Central writing workshops, a member of the Portsmouth Poet Laureate Program board, and a bookseller at RiverRun. She has received awards for both her poetry and her fiction from the Maine Writers and Publishers Alliance and has been featured on Writers in the Round on WSCA radio. This is her first full-length book of poetry. 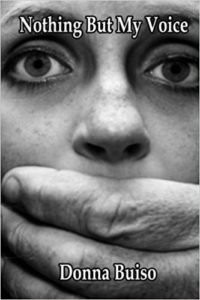 Despite enduring years of verbal and emotional abuse, nothing prepared Donna Buiso for the disastrous consequences of leaving her manipulative husband. She thought it couldn’t get any worse. She was wrong. Nothing But My Voice traces the destruction of one woman’s life as a result of her husband’s manipulations and the complicity of the Family Probate Court, which refused to acknowledge the existence of abuse. When the Judge awards custody of their children to the father, the mother is left with nothing but her voice. This memoir serves as a battle cry to all women – and men – who lose their children to abusive partners and a corrupt court system that fails to protect the human rights of parents and their children.

Donna Buiso lives on Cape Cod, Massachusetts. In 2002, she shared her story of how she lost her children when she testified at the Massachusetts State House Grand Staircase for the Battered Mothers Testimony Project (BMTP). In the many years since then, she has heard from countless mothers with similar stories. She hopes that this memoir might help them to also have a voice.