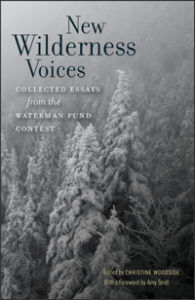 The reading will include information about the Waterman Fund Alpine Essay Contest, which offers an annual prize of $1500 to a winning essay that celebrates explores issues of wilderness, wildness and humanity. Winning essays, as well as a runner-up, are published in Appalachia, the biannual journal of the Appalachian Mountain Club. Both Fallon and Taylor are previous contest winners, while Woodside is the editor of the new collection (with Amy Seidl).

Fallon, of Kittery Point, is the English Department Chair at York County Community College, and the author of Pioneer on a Mountain Bike: Eight Days Through Early American History.

Taylor, of Portland, works on a variety of environmental and writing projects and serves on the Waterman Fund essay contest review panel.

Woodside, a Connecticut-based journalist, is the editor of Appalachia, as well as the author of Libertarians on the Prairie: Laura Ingalls Wilder, Rose Wilder Lane, and the Making of the Little House Books (Arcade Publishing, 2016). 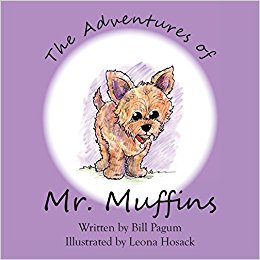 Join us to celebrate the release of this delightful children’s book, with illustrations by Leona Hosack.

Mr. Muffins lives a pretty normal life. He goes to school and plays with his toys. But one day, Mr. Muffins pulls a little too hard on his leash while barking at a squirrel, and everything changes.

November 13th at 6:30pm Stephen Erickson: What Would Madison Do? 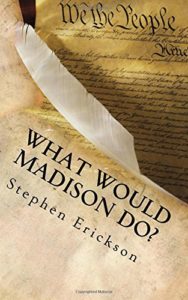 WHAT WOULD MADISON DO? is probably the only book about politics today endorsed by both conservatives and progressives. Here is what leading voices on the Left AND Right are saying:

“Stephen Erickson has written an important and powerful book about uniting citizens on Left and Right to reform America’s corrupted political system. Filled with characters, drama, success and failure, it reads like a great novel. But in this case, it’s all true.” – Peter Schweizer, bestselling author of CLINTON CASH, EXTORTION and THROW THEM ALL OUT, and President of the Government Accountability Institute.”Progressives need to read this book. We need to understand that we are missing opportunities to improve or democratic systems because we are not talking to each other.” – Joan Blades, Co-founder, MoveOn.org and Founder, Living Room Conversations

“As I read Stephen Erickson’s book, I am awed by its honesty… WHAT WOULD MADISON DO? is a must read for citizens who want to take up the mantle of change, because its sobering account ensures that we who demand change are muscled-up for the fight to save our democracy.” – Arnie Arnesen, progressive media personality, former Democratic New Hampshire state legislator, candidate for governor and congress, and Fellow at Harvard University’s Kennedy School.

What has gone wrong with America’s political system? What would James Madison do? What can an ordinary citizen do?

These are the questions that citizen-activist Stephen Erickson asked himself when he embarked on his improbable journey to “save America” from the everyday corruption and political dysfunction that is destroying our republic. 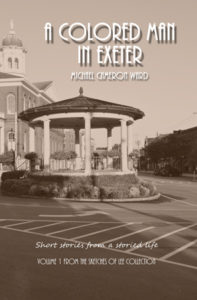 In the summer of 1957 the Ward family moved from Brooklyn, New York to Lee, New Hampshire to escape gang violence. It was an era when racial tensions were high and they were the first “colored family” in the area. Needless to say, over the years they encountered many interesting experiences and created a storied life. They also became respected members of the community, led by parents, Harold and Virginia Ward, a couple with strong convictions and compassion.

Harold, Michael Cameron Ward’s 94-year-old father, was hospitalized in the beginning of May 2015 with only weeks to live. On the 20th he made a request of his son: “Michael, I want you to write the stories of our existence. I want my great grandchildren to know where they came from.” Then, as Michael sat beside his father’s bed on the 4th floor at Exeter Hospital, his father recounted stories of his life that had never been told before. If not captured, they would be lost forever. On June 9th, 2015 Harold died, and Michael has been fulfilling his father’s request ever since. 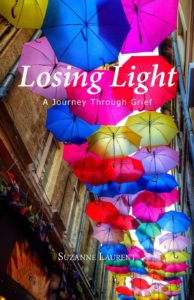 We will be celebrating the release of Suzanne Laurent’s striking book of poetry and photography, Losing Light.

Laurent is a journalist living in Portsmouth. She was born in Boston, Massachusetts, and has written poetry since childhood. She is a regular contributor to the Portsmouth Herald and a juried photography member of the New Hampshire Art Association.